Adventure Money: A Governance and Currency Token for Fueling the Metaverse

We want to create an ecosystem to facilitate the development of metaverse projects. It’s based on Adventure Money – an inflationary governance token aiming to be used as the currency of funded projects. Projects promising to utilize Loot and Adventure Money will be able to raise funds through the DAO grants or the crowdfunding platform.

Many builders and creators are putting in the time and effort to build a wide array of projects for the Loot ecosystem. Many more contributors are probably unable to contribute their time due to a lack of funding. We think that Adventure Money’s model would fuel new endeavors faster and more sustainably than funding through donations, the best alternative we have now.
Another motivation is the need for currency for many metaverse applications. Most metaverse applications will have a currency for trades. If this currency were a USD stablecoin, changes in the metaverse’s popularity would create many arbitrage opportunities. If this currency were AGLD, most of the items in the metaverse would be similarly decreasing in price because AGLD supply will stay the same, whereas the metaverse’s value would usually grow. We think that Adventure Money’s DAO could change the supply of new tokens like a central bank; therefore, the price changes of the metaverse assets denominated in Adventure Money would be minimal in general. This would create more stable economies for the projects.

Adventure Money is an inflationary ERC-20 governance token to vote on governance decisions, fund projects, and be used as a currency by the funded projects.

Adventure Money is also going to be distributed via depositing Loot NFTs. The emission will be approximately 8,000,000 Adventure Money per year.
Soon after the launch, the DAO will decide whether to open pools for AGLD, mLoot, and other tokens. The DAO will also be able to change the emissions of 8,000,000 tokens per year.

The DAO is the governing body of the platform and the AMNY token.
AMNY token is used to vote on decisions such as:

The crowdfunding platform will be named Lootpad. It is a launchpad-esque platform to bootstrap new projects for the metaverse.
Projects that seek funding can apply for listing on Lootpad and raise capital for their projects. The platform will provide funding like Kickstarter, allowing projects to define their backer tokens and their associated AMNY costs. The platform will issue these backers NFT tokens to the backers without any additional effort from the fundraising project. Backer NFTs will have the project’s identifier, the tier, and the unique identifier of the token itself.
Projects can incentivize their backers to promise rewards for their backer tokens in the future. These could be NFTs they promise, such as items, characters, badges, cosmetics, special passes, etc., or other means of exposure to their project’s success. These incentives would not only allow raising seed capital but also bootstrap a community for the project.
At launch, projects could write smart contracts to issue promised rewards to backer tokens without any intermediaries.

We think that a shortcoming of this design is that it requires depositing Loot bags and other metaverse assets, reducing their liquidity.
Another shortcoming is the concentration of Adventure Money supply to investors instead of metaverse participants as described by Vitalik Buterin: Moving beyond coin voting governance
We hope that the DAO decides to solve both of these issues when they arise with no-stake farming in the future.
Even further, the Adventure Money DAO could evolve into a more decentralized form by whitelisting many metaverse tokens and NFTs, allowing them to vote, deriving voting power from the market prices of the assets in question.

Since the first days of the Loot adventure, we have been following the incredible progress of our community. As builders ourselves, we have been brainstorming and prototyping ideas for the Loot metaverse for about 2 weeks now.
0xCagin and I think that this design is exciting and solid enough to get your feedback now. Looking forward to hear your constructive criticisms!

AGLD biggest mistake is that the voting power is hoarded by speculators that don’t even own OG Loot. AGLD was also set to be inflationary in the beginning but new speculators that didn’t own OG Loot were later against diluting their currency (reasonably). There are also OG loot owners that own 0 AGLD. Incentives between the two groups are misaligned.

To avoid the same misalignment fate that happened with AGLD & Loot I suggest that the DAO should be governed by OG Loot bags only, not AMNY. If not, I don’t see the point of this token, the community doesn’t need AGLD 2.0

A platform for kickstarting Loot projects and Loot holders obviously do have somewhat aligned incentives however the incentivized participants are not necessarily limited to Loot holders and they shouldn’t be either. At the end of the day, it’s a DAO with a well-defined mission.

I believe Loot, AGLD, mLoot should be essential parts of AMNY distribution but that’s just my two cents on the matter. I think starting off with distributing to Loot holders and leaving the rest for the DAO to decide is the way to go.

Incentives will become misaligned as Loot holders sell their free airdrop. The DAO won’t vote to dilute themselves to distribute further to Loot holders. The people who sold (more than half the community) then become alienated with the project and there is no provenance/legitimacy left for the community to adopt whatever AMNY proposes.

That’s my guess and what happened to AGLD. You are free to go down that path again if you wish.

If someone reading this is interested in launching a token for the Loot ecosystem and wants the Loot community to adopt their token with very low chances of misalignment, then know that the best way is to give 100% voting rights to OG Loot holders.

Why AGLD and AMNY are different?

AGLD’s mistake was that people didn’t know that it was inflationary. Neither we did until we look at its contract. It has a novel mechanism for more supply only a small number of curious people like us know. Therefore, it was priced for the perceived limited supply and this sentiment continues.

One of the lessons we took from that is to be transparent with the mechanism, let it work from the day one, and discuss it with the community like we do here. AMNY would not be priced like AGLD because it is different.

Why Adventure Money is needed?

DAOs are like “subreddits with bank accounts” i.e. they need treasuries to have a power.

There is a need for funding Loot projects.

If we let this DAO take decisions with Loot, AMNY doesn’t derive much value and the likelihood of its mechanism succeeds drastically shrinks.

Thinking about the future of the metaverse

If I could define “Loot Dominance” as “Loot market cap” over “total metaverse market cap”, LD is perhaps %90+ now. If the metaverse succeeds, LD will probably be in single digits.

We want this to be a metaverse token. A cloak on a game in the metaverse could worth a Loot and our vision is to make them vote with that value for a more participatory governance.

We want to use Loot bags for bootstrapping the DAO with a fair launch and making it reflect the metaverse as time goes by. We’re proposing a mechanism for that now as it could not be changed later – as we see with AGLD.

You’re asking the Loot community to be vampire attacked again by yet another “governance token”. Good luck with that. As I said earlier you need to get buy-in from the Loot community to get your token adopted but your plan is to use Loot bags to get bootstrapped but then later go your own way? Do you really not see the misalignment in that?

If we let this DAO take decisions with Loot, AMNY doesn’t derive much value and the likelihood of its mechanism succeeds drastically shrinks.

Governance is not the only thing a token derives value from, I’d argue that getting full support from the Loot community would make it much more valuable than getting governance rights over nothing.

Adventure Money is different from Adventure Gold and we hope community would support it too.

I’ve shared my opinions on aligning incentives in the last chapter of my previous comment.

IMHO I don’t like the token’s name. Would be good to separate from AGLD and from the “money” term so we can target long lasting builders / DAO contributors and not quick flip traders. We should think of a name that represents the DAO or even the whole project.

thanks for the proposal!

Yes, seems like it could be better to differentiate with AGLD with our name too. We’re open to name suggestions!

no more governce DAO needed, Do not do the nonsense affair

AGLD is the best DAO, because it has been listed on all exchanges in the world and has the support of 50 million people. The Loot project can be imitated or even better, but the community cannot imitate it.

Coinbase, Ftx, Huobi, Binance, Gateio, and etc, listed $agld …
Why are you still looking for something different Dao token?

I’m looking forward to have constructive criticisms on the proposal.

This project doesn’t compete with AGLD; it would help appreciate AGLD in value if anything. 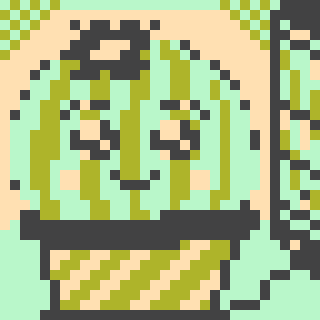 @WillPapper
If I could change any single thing about $AGLD in hindsight, it would be to make new token airdrops time-based rather than by governance vote. If new $AGLD had been distributed to Loot holders automatically every six months, the communities would be nearly the same stakeholders.

If LOOT holders can claim AMNY tokens every month or week without staking LOOT, it is possible to utilize LOOT on various platforms while not separating the governance token holders from the LOOT holder.

eagerly awaiting the launch of this token

Exactly… unbelievable to say the least. Given how hard it is to get listed on a Tier 1 exchange and agld has been listed by 99% of the tier 1 exchanges it really is crazy how the community cant respect the position of agld in the Loot project.