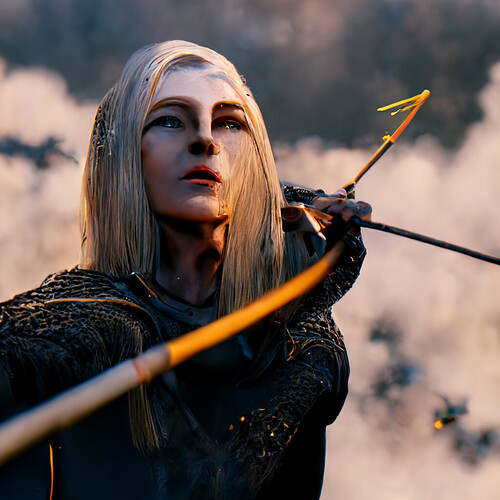 Black Arrow, as she was known later on in life, had used the stain of miasma imprinted on her soul by a Necromancer to create her famous Rain of Death skill.

An Order of Brilliance Hunter and Sister of Stacy.
A shadow of the forests, a whisper on the winds.

"I can understand how such a tale might be viewed as just another Order spy looking to access the Archives, but time has since proven that I speak the truth. The lands in which we arrived were that of what we know now to be the island of Tíknek, and praise the Emperor for the magnitude of what was given to us. 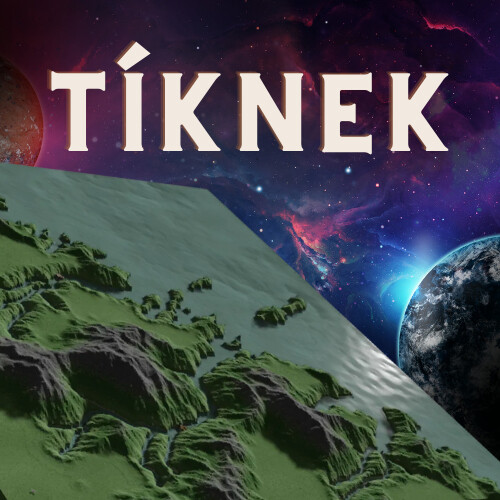 Hope
A new life on a new world.

Of all the planes of existence we could have ended up on, we arrived nearly on the doorstep of a group of not just other Humans, but ones that shared many of our values, yet had their own path. Although, there were a few cultural misunderstandings in the first years that almost broke the burgeoning relationship.

Matters of the court are not to be settled via competitions to consume excessive amounts of distilled alcohol for one. Most of the other problems solved themselves after that issue was put to rest.

Small things such as a Warhammer is not a paperweight for Brothers or Sisters in Diplomatic positions, nor is a Herd of Cattle a suitable gift to a landless serf, because the serf won an arm wrestling competition.

Although our integration with the new world we had found ourselves in was smooth, the same could not be said for what we had left behind.

As Memory Keeper and half-Elf, by the time these words are read, my Brothers and Sisters will have long since moved on with their lives.

With the world of Plouton decaying and hordes of the Undead Empire at the gate, there was no time for graceful treatment of the heretic, the Mandate was to be carried out, in haste.

The Empire would have customarily made multiple attempts to save any citizen, be they noble or serf, from the Darkness of Anger, Rage, Vitriol, or Fury… usually. The health of the people is the wealth of the Empire, after all.

In the opinion of Southern nobles, the envoys of the Emperor’s Mandate, Senior Bros of the Order of Chad, were asking for an extreme amount of wealth with little benefit. Offering nothing but rumors and hardship in exchange…so they thought.

With barely time for anyone to get to the edges of the Empire and back, His Chadness, Emperor Titan Sain, listed out a series of particular items to be collected from every individual nobles coffer.

Some being priceless swords of heroic Adventurers, others being a barely made plain copper ring.

It mattered not to the Emperor, only that it was a SPECIFIC simple copper ring or an EXACT Wand.

But, supposedly, as these items were assembled in groupings of Eight, the Bag of Holding would close off, regardless of extra space available.

It was a mystery, but not one that any scholar would have had time to research during the short period that the World of Plouton had available.

Towards the end, when the Palace shield fell, we could evacuate less than one thousand citizens. The Emperor could only send forth the best of what we could offer a new world. My inclusion was purely out of luck to have witnessed the threat firsthand, many greater minds or warriors stayed behind knowingly.

From a world of billions, the scope of how little could be Portalled meant that many other Orders would… not make the cut, yet have to have their most essential items parted from them. Some thought it a test of loyalty, others an attempt at immortality. How wrong they were…

Those who failed to cede to the Envoys were branded Heretics and given one chance to repent and forfeit their most significant possessions.

The Emperor made clear that there was the possibility of rebirth beyond this Universe in his Mandate if the defenses should fall. Somedays, I wonder if He believed there was ever a chance.

In times of war, this was most commonly a public execution in the Nobles Realm, with their crimes outlaid to the public in full, to detail how the Mayor had siphoned funds or the Dockmaster had accepted bribes and the impact that it had on the Citizens. Death by Numbers was the highest crime with which one could be charged, except Treason.

The Senior Bros entrusted with the Emperor’s Mandate had no time for such tradition. Many a noble found their sinful behavior cured swiftly by a sharp injection of a few feet of steel. I would assume that collecting relics is much easier without a Noble whinging at you, and disrespecting a Senior Bro is just…tempting the fates at best.

They may cultivate Virtue or Patience, but they weren’t fond of Nobles at the best of times.

During a period in which their Disciples were fighting countless unwinnable battles, just to stem the tide, there was an icy Anger in their diplomacy by force, to say the least."

An Ancient Order of Chad Banner 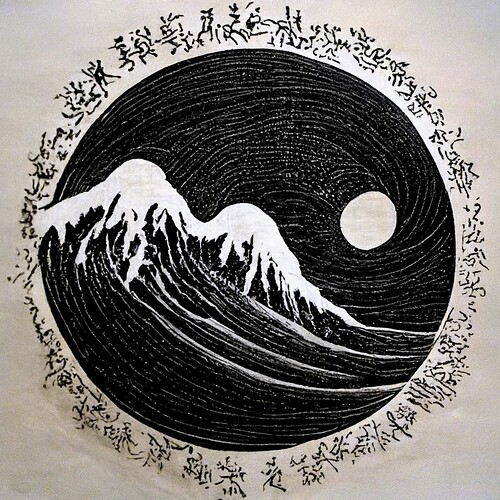