Genesis Scrolls Round 1: {The Ancient Lost Order of Chad}

For context, this is my first of many submissions for the Encyclopedia parts. The main story will be about the Genesis Adventurer Chad, his real first name to be announced in the story.

It will involve music (score, hip hop, and metal) from Three Byron Bay musicians and AI art for a full web3 experience.

The Compendium Of Chad

"As we look at the etymology of our language, we can pursue the past of one of our patron saints, Chad, a noble Genesis Adventurer who, as of this scholar’s knowledge, was a Lord in all but name.

The Divine Empire and its systems are near incomprehensible to even our most brilliant scholars today. But Brilliance is never something to be rushed. In this exercise, the scholars have dedicated their lives to mysteries that may tear a lesser man’s mind apart from just overhearing the conversation.

Memoirs of Chad’s adventures and those of his disciples, whose heroic deeds are sung in taverns to this day, exist across the Realms.
They say that his Loot bag remains undiscovered and that within it is one of the Sacred Keys that can control the Divine City shields without taxing our mages.
Rumors also abound that this is just Dark Mages seeking to waste Noble Divine Citizens of Loot’s time.

The mixed art and writing of all Realms with Chad in their name, or Cities named Chad, have adherents to the lost Order of Chad, without fail.

As an ancient order, predating the great cataclysm that separated society, The Order of The Chad was one of extreme virtue. Still, with limited tolerance for lazy or ignoble souls, their aspiring Disciples were swiftly whittled down over months of arduous mental and physical testing. For those lucky few that remained, years of intense training would begin, to toughen the mind, body, and soul.

Most would see the example of physical displayed naturally by existing sect members, and be focusing their studies solely on martial arts and endurance, only to be brutally eviscerated in rhetoric and discussion. The Amphora for Chads was a place where all stood on the merit of their Logic.

The remaining Disciples were inducted into the Brotherhood of Chads through Sacred Divine Initiation. Their power and influence grew over the years, then decades, into a fully-fledged powerhouse of an organization.

Eventually, it was said that a globe-spanning fraternity existed, with their companion order, the Sisterhood of Stacy, steadily by their side or riding into battle alongside them. Their Sect Robes were well known enough for even the most vagrant of travelers and rural folk to recognize their regal presence.

In the great cataclysm, it is known that the Elders of the Sect laid down their lives performing an ancient ritual of sacrifice to power a portal to a new Realm, so that the Junior Disciples could pass through and live on. The Way of The Chad demands self-sacrifice, and what greater sacrifice could the old give to the young?

All 16 Orders today are known to have ancient Chad writings in their scripture, such as the well-known “no pain, no gains” rule or esoteric deeper social models such as the controversial dark arts of "memes."Many of these values are still adhered to by some Adventurers of Brilliance in travels across the Realms.

Many a Lord seeks out OG stamped books, written by these Genesis Adventurers, as the knowledge inside could provide a way to the former greatness that the land once knew.

Weapons of mass destruction were detailed in such books, but not the materials or manufacturing methods.

The Order of Chad is long dead, its mysteries and great works scattered by the sands of time; still, wherever his name is present, so too is the blood of his descendants.

A fraction of that glory still exists, burnished bronze by time but still as unbreakable as ever.

Accepting that their Order was lost to the cataclysm, the Brotherhood of Chad accepts all with Chad’s blood into their fold, or, after a thorough soul examination, a shard is found of Chad’s Virtue in their soul.

Every day that society works together to piece together the remnants of the cataclysm, with Chad’s story being only one of the thousands to decipher, is a day that edges the Lootverse closer to the Greatness of old.

Every new artifact found, or breakthrough made is another day closer to a return of the Golden age of the Divine Empire.

Long may the Order of Brilliance teach the lost scriptures, for in these teachings and discussions, Order will be born and the Virtue of Brilliance, in all its majesty and glory, will be returned to Realms across the globe.

Some Chads of History are being worked on by Pinky’s Lab, about 80% done but got into Midjourney beta thanks to a very kind Lord of Bread: 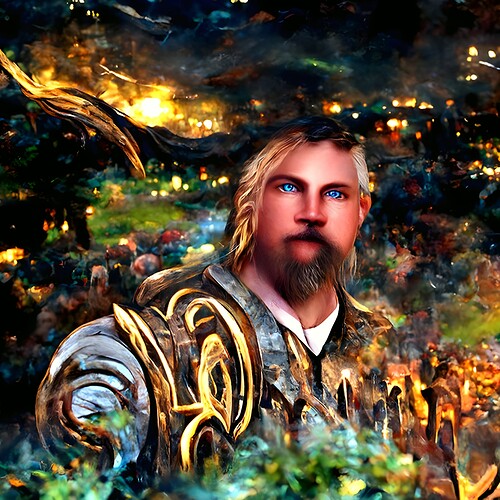 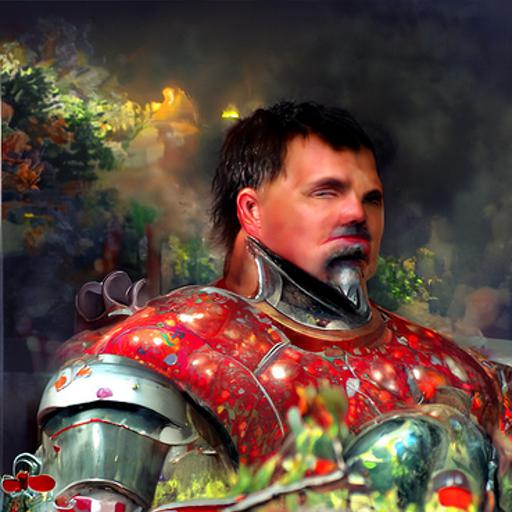 Any any character of popular interest

All constructive feedback appreciated, no matter how negative, I will not take offense, on my life!