Hope you are all having an excellent week, feedback is always appreciated, had a few delays and other commitments, art is ai only as usual, and not very iterated out this post as had to save hours for other work, but the theme is there (hopefully!). 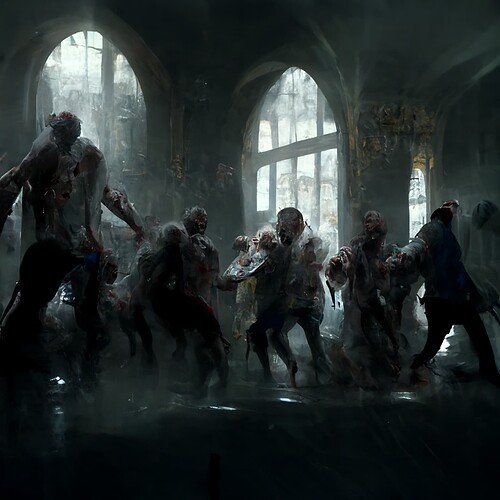 The Troll bellowed in anger, its deep voice booming off the temple walls.

It charged forward, each lumbering step shaking the ground. Elissa loosed an arrow, but it merely bounced harmlessly off the Troll’s thick hide. Hulk glanced at John, struggling to get up the stairs with his broken leg, and then back at the Troll.

He sighed before muttering a few words and gesturing with his hand. A stream of fire shot from his fingers and engulfed the Troll. The Troll bellowed in pain as it stumbled around, flailing wildly and smashing into the temple walls.

John used the distraction to make it inside the temple door. Elissa followed, arrows nocked and ready in case the Troll recovered too quickly. Hulk kept up a steady stream of fire as he backed away towards the door.

Eventually, he made it inside, with the Troll’s horrific screeches of agony punctuating the snowy night.

“We have to find Gerard!” John said, trying to stand up and failing. “He’s our Brother, our leader, and he’s in trouble.”

“John, you can’t even walk,” Elissa said, trying to push him back down. “You’re going to get yourself killed.”

“I can try,” John said stubbornly. “Gerard would do the same for me.”

“And if we all die because you’re too injured to fight?” Elissa asked. “What then? Besides, I’m the better fighter anyway. You stay here and rest; I’ll go find Gerard.”

“No,” Hulk replied, with finality, “Elissa can cover you and treat any wounded; I can’t do both, I’ll find Gerard, and we will meet back up on the Temple roof.”

“Fine,” Elissa sighed. “We can’t all go running off into danger.”

John frowned but nodded. He didn’t like being left out of the action, but he could see sense in it.

“I’ll find Gerard,” Hulk half-whispered, as if he were not so sure of himself, “You two focus on getting the civilians to safety.”

“Be careful, Hulk,” Elissa murmured, a rare warning from her to him. Ill omens never bode well for a mission.

With that decision made, they set off into the Temple. It was dark and musty inside, and creatures were lurking in the shadows. Hulk cast a minor illumination spell and activated his wards. What good were they if you never used them after all?

After a few hours of searching, room by bated breath room, through the labyrinth of Temple basement levels and trying to follow the sounds of fighting, Hulk finally caught up to Gerard. Beyond the next door, he could hear Gerard grunt in pain amidst the din of sword meeting bone.

The scene was a massacre, blood was everywhere, and bodies were strewn about the room, yet still, several foul creations were left clawing at the lone beacon of light in the room.

In the center of it all was Gerard, still standing despite being surrounded by enemies.

He was fighting valiantly but exhausted and outnumbered. When he saw Hulk come into the room, he shouted something that sounded like for him to ‘get out of there,’ but Hulk would do no such thing.

Hulk charged into the room and unleashed a powerful lightning bolt that took out several undead creatures in one link of continuous lightning.

After regaining his composure and thanking the Divines, Hulk hadn’t destroyed what he had just found. Gerard panted and looked quizically at Hulk.

“Where…the…hell did that come from!?” In their years together, Gerard hadn’t seen such fine control over lightning from Hulk.

“Little trick I learned watching those Storm Vultures and how they’d touch wings before zapping ya,” Hulk replied.

“Huh…well, thanks anyway, those built out of corpses are tougher than your average zombie. Good thinking to not use your normal spells to avoid lighting the black powder on fire.”

“The black powder?” Hulk’s tone hinted he was not entirely up to speed.

“Yes? When you entered, I told you to watch out for the black powder?” Gerard’s post-battle exertion was not in the mood to deal with the mage’s frequent word games.

“Right right, of course, good thing you told me, was going to barbeque 'em otherwise” Hulk was going to do no such thing and was simply trying to preserve mana. Still, if he avoided blowing them both up, Gerard didn’t need to know that.

“Quite a few barrels here, musta been doin’ a lot of mining recently,” Hulk observed.

“Yes, and that bothers me as this is an agricultural district…in any case, we need to reconvene with the others and see if they’ve found the civilians.”

They made their way back up to the Temple roof, Gerard’s injuries slowing them, but Gerard had always stood tall where a lesser man would fall. This aspect in his youth had led to a downfall of spectacular proportions. His service to the Brotherhood since had long redeemed him of his more hot-headed feats of youth.

They found Elissa and John waiting for them close to the curved stairway up to the Temple’s ground floor. They were relieved to see that Gerard was alive and unharmed, but it was short-lived as they heard the Troll starting to pound on the Temple’s main door.

The creature seemed to have recovered from its injuries; a troll’s regeneration carried over to its Undead form.

“We were going to look for the civilians, but we got stuck holding off the Troll at the door,” Elissa reported to Gerard. “I can keep it from doing too much damage with an arrow or two for a while, but it keeps coming back!”

Fantastic , thought Hulk, I kill the dead fucker. It’s still slow, but now I have to make it deader. Re-kill it? Gah, fuck all of this; if Elissa wasn’t so squeamish, I would at least have some rum left.

He decided to not inform the group that his mana was dangerously low.

Morale was tenuous at best.

The horrific beast intended to make dinner of the puny human that had burned it, with a sheer hatred for Hulk gleaming in its eyes.

Gerard knew that was not the vacant stare of any regular Undead.

“John, get back down the stairs and to the end of the hallway. Do not come out until we say so,” Gerard ordered.

“Yes, John. We know you do, but you are a liability here. We must focus on stopping that ugly fucker as quickly as possible.” Hulk bluntly pointed out.

“But, I can help! I can fight!” the young man said defiantly.

Elissa looked at him with an almost maternal expression.

“John, here is not the place. We need you back in the Temple where you will be safest, for all our sakes.”

“We can’t worry about you when there is a more pressing problem,” Gerard responded, gesturing towards the Temple door on the far side of the cavernous hall.

The Troll had begun splintering further chips of wood off the inside of the Temple door.

Gerard knew it was only a matter before the thick Ironwood locks were broken. The monstrous beast would tear into anything still within… he had already seen it casually eat a few former humans in his foray out to distract the horde.

With hopes of success fading, Gerard made his decision.

“Abandon the hall; we go up. We have to locate the people Elissa saw waving.”

And pray to the Divines they had a solution to this clusterfuck, he muttered under his breath. 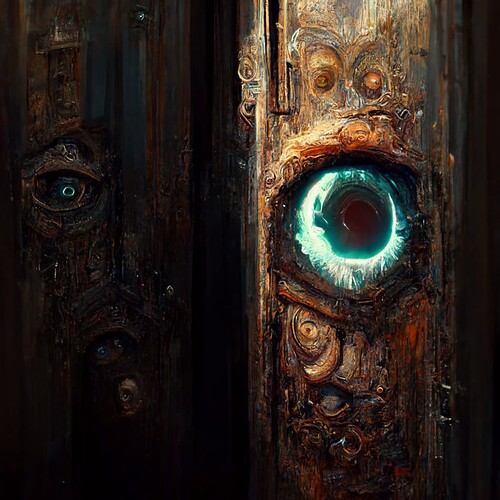