Genesis Scrolls Round 2: {Lost Order of Chad} - Prologue Part One

Genesis Scrolls Round 2: {The Ancient Lost Order of Chad}

Going to stop numbering things until I even decide which direction in time/location I take this in, in the meantime, profanity and some exposition. 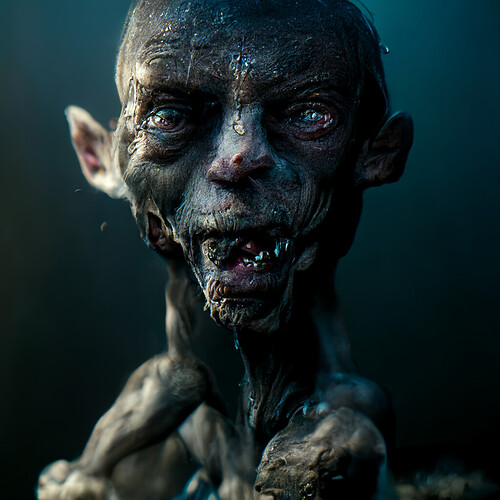 “What the fuck was that?” John bemoaned while Elissa bandaged his hand.

“I don’t really know at this point…idiocy? Insanity? Does it matter? Should probably sterilize that wound, though.”

“Fuck off, Hulk; there is no need for distilled alcohol for this wound.” Elissa brooked no bullshit from the diminutive Mage. “Any wound from an artifact of the Undead requires far stronger than mere alcohol.”

“Eh, worth trying,” the robed man moved ahead of the two in the dying light, “at least the dumb cunt didn’t throw it too hard.”

With John firmly ensconced in Elissa’s care, Gerard took it upon himself to throw a rock at Hulk. “OW!” With the target hit and work to be done, Gerard took stock of the situation.

“Stop it. Investigate the artifact and note anything of worth. Elissa, how long will it take to heal? Do we need to return to the city for supplies?” Gerard’s unyielding and frosted tone put a decisive end to further silliness.

“Didn’t go deep, so a few days, at worst…which is most of the time with you lot.” Taking the opportunity to add her own minor gripe where she could.

“No supplies needed,” she continued, “but I will have to perform a Divine Healing spell at least every few hours, please, no heroics.”

“Thank you, Elissa, and fuck you, Hulk,” John added.

Gerard took a closer look at the wound before marching in his usual manner upwards to Hulk.

“And?” not bothering to prompt the man, knowing from experience that any information would be forthcoming, helpful or not.

“A fractalized Obsidian razor-edged sphere, artisan work at the least…” Hulk started, not turning from inspecting the black object where it lay, bits of John’s hand attached and all. “Also, John needs to eat more red meat; this much blood loss at his age isn’t healthy, ya know?”

“Losing half your hand isn’t an AGE-related medical issue, Hulk, for fucks sake,” exasperated Gerard, turning back to Elissa for confirmation.

“What IS it? What do you KNOW about it?” Gerard continued, as it appeared to be one of those rare moments Hulk wasn’t useless.

“IT is a device highly capable of hurting DUMB people. More than that, though, it also has a pretty wicked spell for exsanguination via a million cuts engraved on it. Well…on, in, above, in the general area of what may be considered the entity known as IT has a spell of truly deviant nature. That’s probably why John picked it up; he could never resist those kinda things, ya know.”

“I don’t know and have zero plans of knowing about anything in that regard, Hulk. What else? It doesn’t look like any of the last artifacts. Also, clarify wicked.”

“Again, get fucked.” John tacked on, refusing to engage in a nonsensical argument.

"So you know those spells that you can get engraved on reallllllly nasty daggers? Like, the ones that go in, up, twist it all about?

Lots of blood and all that? Scale that up a bit, and you have that." the Mage drawled out, kicking the fist-sized sphere a few feet.

“OUCH! Fuck seriously? That was meant to be a Mithral weave tip boot. Cheap arse merchant.” Hulk continued, waving the remains of his boot and a grazed foot at the rest of the party.

“Spells ON spells, ON Enchantments…damn…that’s a number,” he said, finishing his thoughts aloud.

“Record it, tag, and bag it; you know the drill,” Gerard ordered, unwilling to risk further items or welfare on testing the object personally.

“Sure thing, Boss,” Hulk replied, more than happy to get a closer look.

The Obsidian had been carved to reflect light in off itself to create a spell of bloodletting from an object with zero noticeable way to ‘hold’ the magic that powered it.

Devious indeed, but the lab would be the ones to further probe its mysteries. Gerard and his team were on a mission, and strange artifacts were not on the Tier One priorities list.

It may be helpful; it may be nothing more than a curiosity… it just was not his purview; finding the last item on the Emperor’s list, however, most clearly was.