“Thank the Divines, should be a village up ahead, I can smell some roast pork” Hulk exclaimed with relief and an overly exaggerated sniff, “a good barbeque and some beer will be a welcome relief!”

Gerard took a moment to pull out his map.

“No beer… we aren’t stopping for rest tonight. We resupply and move out to the Dukes, it’s only a few hours trek from here.” as an afterthought, to keep the Mage happy, he added, “You can pester the Duke for a drink then, I am sure he will oblige.”

“Good enough for me, hope he’s not one of them wine drinkers,” replied Hulk, with a slightly sour look on his face.

“Pft…like that has ever stopped you.” Elissa pointed out whilst jostling in front of him, “Yep, definitely something burning up about two or three kilometers over the ridge.” Her sharp eyes could discern the smoke against the snow.

“Well, lead the way” Gerard dropped back to allow Elissa to take point traversing the snowy woodlands. “John, how’s the foot coming along?”

“Fine thank you ser!” John snapped out, a little too sharply, pain clear in his voice.

“Alright, maybe we can get a healing salve at the Village” Gerard was clearly unconvinced.

“No! No! I’m good to go Ser!” the last thing John wanted was some Village concoction on his foot, as a Disciple, cultivating pain is the way for gains. “As soon as we get to the Dukes, I will ask his Court Mage to take a look.”

“Good man.” Gerard nodded, to cultivate pain was one thing, but to risk permanent injury is a grievous danger. “Hut, let’s move”

Trudging through the snow built up further towards the ridge, Gerard’s sensed a deep evil and sharply whistled the immediate halt signal. The group near-instantly assembled from their respective roles on patrol, concern on their faces.

“You feel that John?” he probed his Disciple.

“Focus. Listen. Do you hear any of the usual hubbubs of a Village?”

“Ser, I can’t hear anything,” John muttered a bit dejectedly.

“Exactly you idiot, that is what I was saying. Gods above, how many rocks did you break with your head during initiation…” Gerard teased, but his heart wasn’t in it, taking a moment to still himself he turned to Elissa.

Elissa nodded in affirmation and whispered up the tree. Minutes later, she returned with a near emerald-colored face.

After a moment of respite and a swig of brandy Gerard had demanded from a confused Hulk, Elissa could finish her sentence.

“Dead…they’re all dead. But not dead. There is no way they can be alive, and if they are, then we need to kill them immediately, I saw some people waving frantically up high on the Temple roof, yet many more…things surrounding the Temple itself. I know not what I saw, only that we should consider calling for backup.”

Gerard took her words in pensively and steeled his resolve.

“No backup, we do not have the time. If there are Citizens alive and in danger, our duty is to them first.”

The team looked mildly shocked, it was unusual for the Brother to take risks, but they could not deny the duty that he held.

“Prepare yourselves, what Elissa has seen is not what has bothered me so.”

Hulk and his favourite Rum 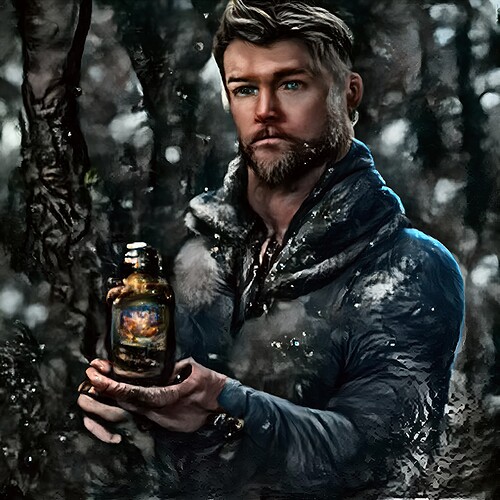