I felt like I had left out one of my favorite projects in Loot and hadn’t explored one avenue of Fantasy that I quite enjoy, the good ol’ Dungeon Core sub-genre.

Crypts & Cavern settings are perfect for this, so I will start with a map that works well for the first story when have found a suitable one. New Dungeon Core stories will be set in the same universe (same physics/magic/etc.) as Lost Order of Chad.

For those unfamiliar with the genre, it primarily explores an inanimate object at its moment of creation and how it forms an identity and relates to the world in which it finds itself. Really nice one for worldbuilding and exposition.

Imagine consciousness with nothing to direct it, such as parents and childhood. How would its senses and experiences impact future personality traits or ethics?

I think these kinds of themes are at the heart of the genre and suitable as they are a raw perspective of a new universe.

That isn’t the focus so much of this entry, but just some exposition before starting into it.

Logistics of the Ancient Realms 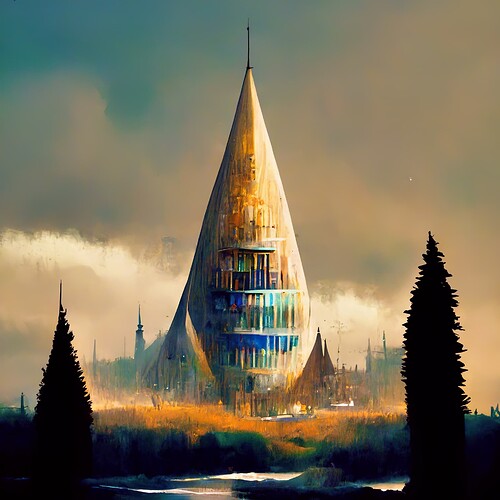 Tenfold thousand years ago, the ancient Dwarves were the first to learn how to mine through the stone. They carved out their holds in the mountains. In time, the Dwarves advanced and began to create fantastic caverns under their repositories. They would store vast troves of treasures in these caverns: weapons, armor, and other items that would last for thousands of years.

The Elves also mined but did not delve as deeply as the dwarves. The Elves mined for a different purpose: to find crystals that could be used for magic. These magical crystals were rare, so the elves only found a few of them over the millennia. It was not until later ages that the trade of Ethereal Silica and Twilight Quartz was commonplace, and only then in the golden eras of civilizations.

The Humans also mined but did not have the same technology as the Dwarves or Elves. Humans first mined for coal and other minerals that they could use to build their homes and fuel their fires.

Over time, some humans began to delve deeper into the earth, looking for new minerals or wonders from lost civilizations. What marvels they found were equaled by the demons found guarding ancient burial grounds and crypts. The locations of these exquisite windows into past civilizations were said to be predictable if one knew the mathematical code.

The celestial bodies have been studied since time immemorial, with astronomers playing mathematical gymnastics to the litany of the abyss, looking for clues and certainties.

Yet, to this day, no astronomer could reasonably predict the future location of planets in their distant orbits. Gravity was just too complex to calculate all the various influences placing it far beyond our current capabilities.

The forces that the various moons would apply to the Realms would invariably result in chaos. Earthquakes, volcanoes, tsunamis, and other incredible disasters. All could be foretold by the stars, it was said.

Millions of tonnes of magma and metal swirled deep in the pulsating heart of the planet, with crystals of immense sizes forming and being crushed and broken by the titanic forces of nature at play.

A Ruby crystal, the size of a horse, would be crushed under a substantial Adamantine chunk like dust. Gaia would give up her riches, but only slowly to those living on her surface.

The most desirable item that could be found by an adventurer, and the rarest, were the extraordinary Bags of holding. They are certainly not natural phenomena; they are the product of powerful dimensional magics, in which no living magical user can claim expertise.

The energies drawn into complex matrices of mind-bending shapes and mathematical equations would destroy an adventurer’s attributes if incorrectly applied or, in more severe cases, spontaneous explosion.

Brushing the remnants of an incautious Disciple off their Robes had become commonplace enough to warrant many an Elder of the Order to imbue their Training Robes and Gloves with self-cleaning functions. Every Order of Power disciple learns that the body can be cultivated into a weapon of extreme Power. The few cases that occurred each year would invariably be a Disciple pushing beyond their Senior’s limits.

They would begin drawing the essence of Power into themselves, only to find it snowballing and reaching a critical point in which the wielder tends to be turned into a pink mist. Fortunately, the area of effect is contained to the user; however, many arcane mentors, especially of the Black Hand guild sought to weaponize this effect. Experiments with weaponizing the feedback effect for times where death is preferable to capture.

Within these extradimensional spaces of these unique and varied bags, almost anything can be stored: weapons, armor, treasures, and other valuables.

These bags were often guarded by powerful monsters or beings, so only the bravest adventurers dared to delve into the sites where they might be found.

What lies beyond the Realms to create such things? No one knows for sure, save the scattered tales of beings from other dimensions portalled to the Realms, with foreboding warnings of powerful Witches and Higher Undead. Whatever it is, it is sure to be full of danger and mystery, for the crumbs left speak of little else.

Before any Order’s written histories, a magical user, or users in Ancient times, set about creating a web of caverns, dungeons, catacombs, and crypts near ten thousand strong.

They would use complex mathematics and rare resources to power dimensional transportation portals in ages past. The ancients’ blood runs within us, weaved and mixed; some still retain the gift of actual teleportation, albeit limited.

These talented Portalists are those you find today, maintaining and operating the Order Prime Portal system to the best of their abilities. As a patched-together network of various magical rituals and essences, its range and accuracy are unforgiving if one were to make the most minor of mistakes. The Portals of old were said to be persistent, and able to march entire armies through, such was their Power over the Void.

Scrolls and parchments unearthed in various mining sites or archeological digs would eventually make their way to the Grand Library of Orders. Every Order gives out multiple gifts to the ordinary applicant, but which Order truly values them?

That is a question only you can answer, dear Realmsman.

These texts were revelatory, revolutionary, and rare. A thousand copies would exist for every original piece, often changed subtly to further a particular Order’s doctrine.

At the highest levels of office, in which Heads of Faculty and State would meet, the unbridled truths of these texts were curated and correlated. To assess loyalty from potential Order recruits, devious spymasters would insert falsehoods and minor deceptions into copies.

Disciples would have their wits tested at the various Order diplomatic events, as their Seniors pitted them against each other in multiple forms of information wars. He or she whose insights remained unstained by falsehoods of other Orders would be inducted into the deeper, more esoteric sects.

The loss of instant and affordable transportation from Realm to Realm in the great cataclysm, of which little crystallized facts remain, led to the deaths of millions.

This breakdown in logistics led to the thousandfold ira reign of chaos. The ancient society had reached into the heavens and slew Gods…yet was brought low by the simple inability to feed their citizens.

Cut off from their massive agricultural operations, the best a Lord or Lady could hope for was to retain any semblance of domestic control over their Realm.

Despotic and draconian dictators arose in the cataclysmic wars that reigned for eons, never quite achieving the greatness of the past. Primarily due to academics having low chances of survival in the unforgiving violence that ensued.

The Orders compete for land with minor wars, not for the land itself but for what may be found in the caverns and cave systems that thousands of years of culture had left their mark upon.

Adventurers would often test their skills against these dungeons and crypts, in particular, paying astronomers handsomely for the higher probability locations where the entrances to these complexes might be found.

One could walk their whole life in the Realms and never come close to one. Still, with a bit of divination and calculation, the odds of success rose considerably.

For this reason, our Order operates the finest of telescopes. The Power of our future is determined by the Strength and Wisdom our decisions create in this brave new era. Bloodlines of old awakening in orders of magnitude more significant numbers, more Bags and Crypts found by the year.

The Divines alone know what horrors exist in the wider expanse.

Their change from meddling to arming our peoples, those who slew them in ages past…is worrying and merits further study.

At the end of the day, what good is it to control the minds of those who will shape the world if you cannot change the fates of futures unknown?

That is where the true Power lies:
The bags of holding are a cipher inside a riddle, containing functional meaning to every great weapon or armor, but only when paired correctly.

They are a testament to the ancients’ power and the things they were able to create. The Bags of holding remind us that there is still so much we don’t know about the past.

Others know this as our Order does, whispers of shadow organizations saturating the levels of Order politics. Cognoscenti, Brotherhoods and Sisterhoods, Inquisitors, and more are both compatriots and foes in the search for the fundamental truths of the Bags.

A tale of epics for the ages is afoot, as new technologies and magics arise in the fires of the industry and battle…

And in these myths and mysteries,
it all comes back to the Bags. 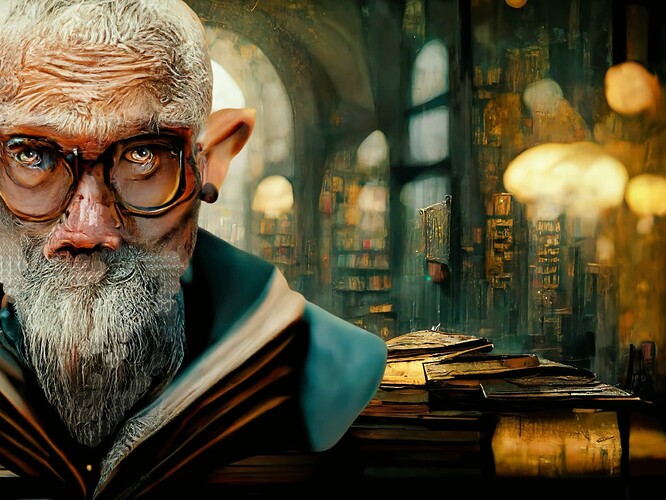