I will put it here. Maybe with that I will find dev that will help me make it real. :333_love:

Any1 here played some browser turn-based strategy games like RedDragon?
Im a 90" kid and my father had an internet cafe in the early 00" so I grow around games of Q2 and browsers games (RedDragon) and MUDs (Star Wars, and few polish ones). Nowadays Im NFT flipper, Axie OG, and believer since 2019. I love This is my background.

So I’m looking for a solidity coder that will make a Loot derivate for me. Oc I want to pay in ETH, AXS, or YGG. Currently, the most interesting derivate for Loot imo is “Treasure” https://opensea.io/collection/treasure-for-loot https://twitter.com/TreasureForLoot Interesting as they have a landing page, pretty active discord community, and the idea so the “money” for Loot is 100% fair and needed in any RPG world.

Ad rem:
My idea is simple and I could come up with randomized “names” and “items” for this Loot-like project aprox. in 48h top if you can find me some1 who can deploy code into ethereum to let people mint new txt-based NFTs.

So my idea is also addition my constant thoughts to a project that can be called “Wars for PFPs” - MMORPG browser-based game where you can use your PFPs to fight with others pfps. So im starting from a place that for now people in Loot have: characters, loot, quests, realms, pets etc. they don’t have something like: “Legions” “Mercenaries” “Hordes” in other words some army for their main characters.

In games like LoL or Warhammer, Heroes 3 you have minions, some army that You as the main character lead and rule. I want to recreate this situation.

My idea is to create very simple not much army-legion cards with only a few random things: (below just the idea, not the final concept)

We can add different colors, some nice text magic like the inventory from MMORPG games. Full of colours, +1 +2 +3 etc. It is 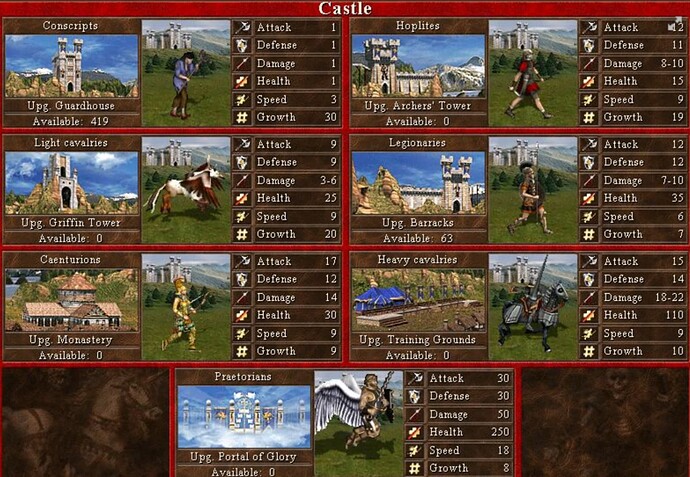 I like it. Not a coder, sorry, I draw. I just released a few pieces on Open Sea, warships rebuilt into explorer yachts for the adventurer, the key being they were from a war carrying combat teams fighting the Hordes. I’m picking up what you’re putting down. Do you have any initial sketches done yet?