This proposal would implement a royalty fee on all secondary market Loot transactions, where there currently is none. A snapshot vote would be held solely to determine whether a royalty should be implemented, and if so, how much. Secondarily, this proposal suggests concepts for use of the royalty to fund development, generally, while supporting $AGLD and serving as a rational basis to confer benefits upon OG Loot holders.

This follows a spirited chat with Dom Hofman (@dhof) (https://twitter.com/dhof) @NittyB @felixrosenstein @MrBigTimeCEO @tybow @Woonie // Vehicle Daddy and others in the #loot-owners discord, all of whom are credited for contributing to the conversation.

1. Significant Untapped Funding For The Lootverse Lies in Royalties.

Loot is currently trading at the top of OpenSea’s volume chart: 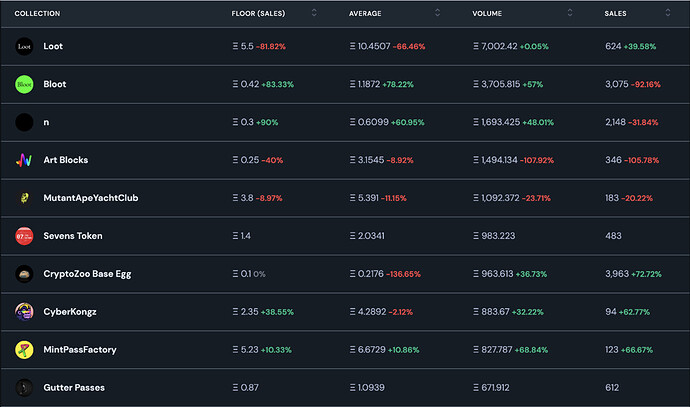 As of the time of this writing (post-mLoot), approximately 51K ETH has been traded in original Loot. A 7.5% royalty fee on the traded volume would yield approximately 3,825 ETH in royalties, or roughly $15,000,000 since the Loot launch 8 days ago. This is a significant amount of untapped funding that could be reinvested into creating the best Lootverse possible through incentivizing developers and content creators. 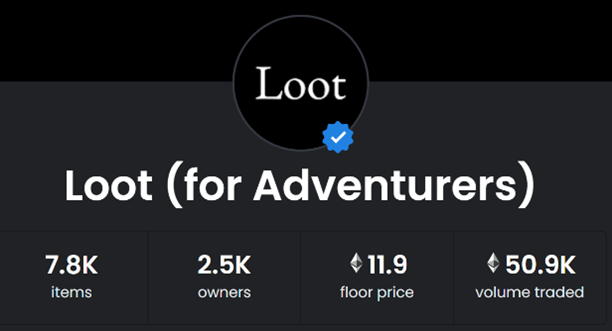 Despite this, Loot trades with no royalty fee. Sellers are subject only to the 2.5% fee charged by OpenSea.

2. Other Successful Projects Are Using Royalties to Reinvest in Development and Community.

Other successful projects have royalty fees which are supported by their communities. Some are used to reinvest while others are used to pay the content creators. Some accomplish both by parsing out the royalties. 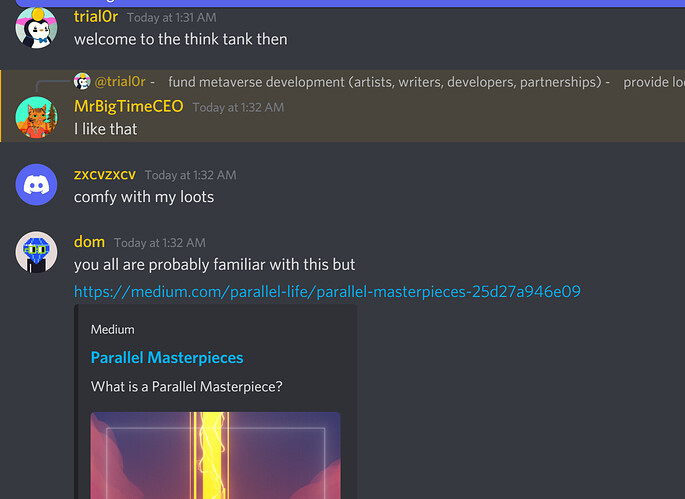 Parallel’s key points, for reference from their site: 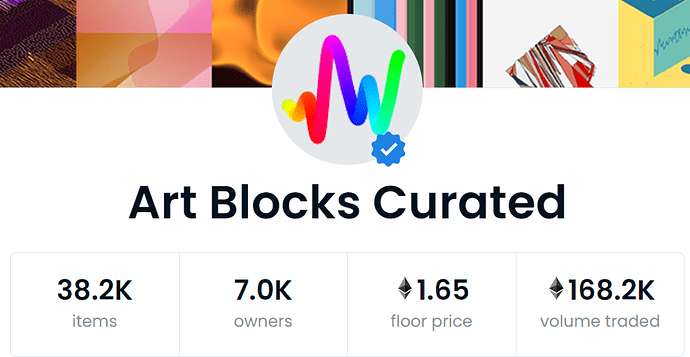 At the time of writing, @artblocks_io (https://opensea.io/collection/art-blocks) charges a 7.5% royalty paid to the creator of its NFT’s for secondary market sales and has traded 168,200 ETH volume.

Following the release of mLoot, OG loot holders find themselves desiring differentiation and perks. There is a sense among Loot holders that money (sometimes substantial amounts of money) were paid on the secondary market for the opportunity to participate in Loot. This thought continues to some notion of entitlement to benefits.

Loot would benefit from immediately implementing a 7.5% royalty fee, where such royalty fees are sent to a community fund or treasury contract, to be distributed based on rules agreed by the community through a vote. $AGLD would serve as the governance token and $AGLD holders would be able to vote.

Maintenance of the royalty fee and distribution thereof would not require centralization. Royalty fees could be maintained on a smart contract. Distribution of funds would be handled through a community vote using $AGLD as the governance token and using the $AGLD multisig (I am not a programmer; these concepts require fleshing out).

Funds should be transferred in $AGLD to preserve liquidity and keep them within the Lootverse to the extent possible.

Per Will Papper, $AGLD creator (@WillPapper), the Loot community can use a DAO with multisig to send $AGLD to developers and projects: 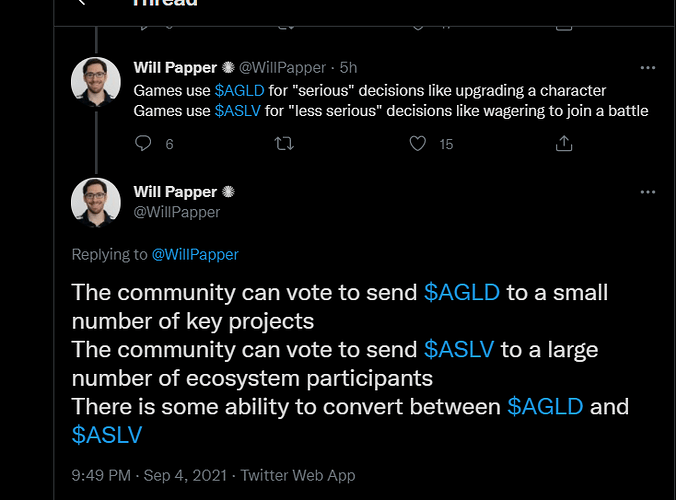 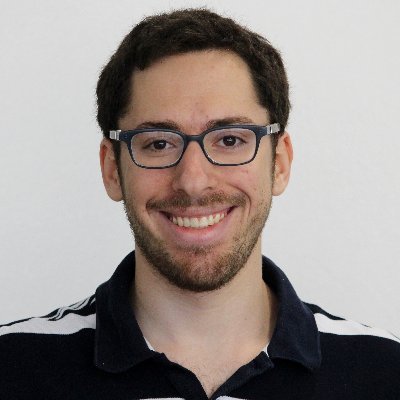 2. Add AGLD as an Arbitrary Token on OpenSea for a Loot Storefront.

I can’t find publicly available information on it, but big brains have mentioned that OpenSea supports allowing additional arbitrary tokens for a storefront although it has to be added by the contract owner.

If possible to add $AGLD, this concept would give $AGLD an additional use case and solidify it in the Loot ecosystem.

This concept is to have Loot yield $AGLD, which can then vote on community $AGLD spends (i.e. from royalties). Simple and summarized by @dhof here: 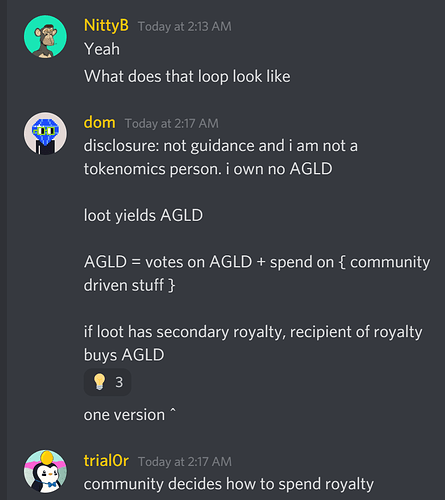 Loot-Items.com
Aq’s proposal for Loot-Items is here: Loot Items - Use your loot bag/mloot bag as an item factory

His concept is to spawn individual items as standalone NFTs from your OG Loot on a weekly basis, sell them for $AGLD or do what you please. It would be possible to include staking here too (i.e., if your spawned item is in use in the lootverse, the $AGLD is staked until the item is destroyed or lost.) This would continue to drive $AGLD liquidity. 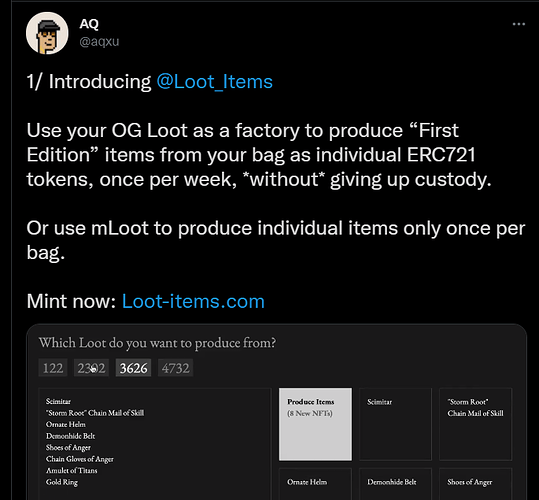 Some of the following comments were noted in Discord when I posed the question: “Why should OG Loot buyers get any benefit over those who came just few days later for free?”:

The word “invest” really struck me because, in fact, Loot buyers didn’t “invest” in anything. At least not consciously. Our ETH didn’t go to developers or builders, it likely went to a flipper. To actually “invest”, the community needs to obtain a benefit by and through the secondary market sales. “Invest” might be a four-letter word here, so we can come up with something better.

The large volume of secondary sales propped up by OG Loot provides the opportunity to collect significant royalties, discussed above, and meaningfully contribute to development. By being an OG Loot bag buyer, OG’s are contributing toward royalties and to development by having community governance over use of royalties. This fact provides a rational basis to confer benefits which differentiate Loot from mLoot.

Implementing a royalty fee could quickly result in a fund that would support development and infrastructure for the Lootverse, while finding new use cases for $AGLD. It would also provide an opportunity and rational basis to incentivize OG Loot holders who prop up the secondary market and would directly contribute toward royalty fee generation.

That’s all for now.

Vote: The community seems to agree that the first step is voting to implement a royalty, at all. Uses and concepts for how to involve $AGLD will be dealt with in separate votes by the community.

The poll below is to gauge general interest and does not require Loot to poll:

Should royalties on secondary sales be implemented to fund game development and content generation?

Seems like a great way to start working towards funding for development. Tons of missed fees already that only went to opensea. Also like the idea of buying back agld to establish that as the currency for the project. Know there are differing opinions on buybacks though.

I think what makes Loot interesting is it’s appeal to developers and builders over speculators, so maybe something that imposes a clear tax on speculation and can be used to fund development would be positive. I get that “number goes up” is a big part of the hype and interest, including to devs and builders, but if this just turns into Cryptopunks or similar it will be much less interesting to game designers and developers like myself.

I had concerns at first with the high fee. But overall I think it’s very interesting.

Your last point with implenting the small royalty draw to secondary sales is very important and would incentivize true holder to keep holding and building value on top of their loot.

I just think 7.5% is a quite high fee, but maybe the illiquid market justify this

It sounds like a rational way to support and fund development. I agree with the above though that 10% in total at first glance seems a lot. Maybe this should be discussed more as to why this number is needed and not for example 5%+2.5% OS=7,5%.

As a Loot holder, I think point 4 is a bit premature at this time. Strategies to enrich existing Loot or AGLD holders via royalty draws, dividends, or buying AGLD from market distract from the core benefit of this proposal (which seems to be to fund development) and may potentially invite further “us vs. them” style controversy.

With that said, there is significant merit in capturing some value from secondary sales to direct to a DAO for future distribution to incentivize builders and community members moving forward. I fully support adding a measured royalty fee to secondary sales.

Overall love this idea. My only gripe is the size of the royalty. Given the high volume of trading and high price tag, and an already thriving community, I think 2.5-5% royalty is more appropriate.

A 2.5% fee would have generated ~$5mm in the past week. Seems like plenty of funding to accelerate the already thriving builder community.

I agree with this point. The proposal should not try to address too many issues at once. From what I’ve read (and as we discussed on discord), the take home message is that we add a royalty fee to secondary sales to promote and reward community and developer effort.

I love it. This is a very well thought out and rational proposal. I will support it if it comes to a vote.

Adding to point 4. I think this incentive would remove the need for seasons and further distribution of agld to Loot holders and all treasury funds would then be directly for development etc…

This seems great, we might also benefit from using some of the royalties to stand up a proprietary marketplace….

I think this is an interesting proposal, although the fee seems quite high. I think a lower (2%/2.5%) fee is better suited for this imo

Great idea. Will support this in a vote.

The thing is, how can the original contract be changed to have royalty? Doesn’t it mean deploy a new contract and swapping?
Other than this I agree on the overall proposal.

I believe the contract owner can amend this. So Dom would have to implement. (Correct me if I’m wrong)

I believe we looked into it last night and the contract could be updated.

Thank you for putting this together.

I agree with the Opensea fee and will vote for it.

I want to be clear that I believe that a vote for a fee should not indicate support for AGLD. I do not believe that AGLD should be involved at all in terms of determining what we do with the proceeds.

In favor of a Royalty fee on trades. Nothing more. This begins the process of gathering resources for the project without making a commitment of a specific DAO.
That is a double-edged sword, and I always feel that these polls fail to capture the nuance of what is to be executed. This kicks can down the road, but it (Governance) is a rather hefty can.