Feel free to play out the LootVerse

I always feel that Dom’s Loot inspiration must come from God. A simple way has almost opened the door to all imagination.

First look at the code:

Almost all NFT’s Smart Contracts can only get one URI, which is the return value of BAYC. 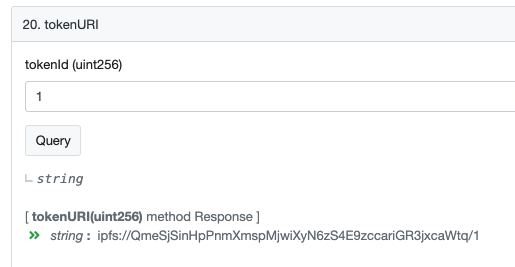 It’s an IPFS address.
while Loot’s TokenURI returns the text：

So, Let us use our unlimited imagination and creativity, and maybe play together to create the LootVerse

Imagine a Smart Contract called Meta, which is the source of everything that creates the most basic elements: Meta-Token, and everything meta-token is derived from the text of OG Loot

It is a series of ERC20 tokens, there are two types:

Perhaps the cultural cornerstone of the LootVerse

Each Meta-Token will create a Meta-Token: DAI trading pair on uniswap V3,and will use the ALP to achieve liquidity providing
The meaning of meta-token is completely deduced and determined by the community.

2.4 So there was “light” :the basic elements

Here, there is only one rule：

Otherwise, you’re free to create anything, either a token or an NFT. Imagine someone writing the following contract：

As long as it can be sold

Time is a valuable material

If Loot’s NFT contract started the era of “content programming”, then “Feel free to use Loot in any way you want.” is the manifesto of self-organization, Dom just wrote a NFT contract, no website, no discord, no reward token, and no rules… but everything is realized in a self-organized form. Will pepper’s courage to issue AGLD on his own initiative reflects the strong inclusiveness and adaptability of this form.

Of course, any self-organized system should have a bottom-up incentive mechanism based on simple rules, So a decentralized incentive organization platform based on game theory was chosen: icpdao.co, to ensure that everyone can participate freely and that every job is properly rewarded.

Create a staking contract for the LTV token, and distribute any income from the community, including but not limited to the Meta contract and the obtained Meta-Token share, or donation, etc., according to the proportion of pledge.

4.Participate regularly each month in the ICPDAO contribution rating poll.

4.3 The pursuit of justice in the rules

No Token is reserved

There are only two ways to get Token:

5、My attitude and postion

Note: The original draft of this article is transcribed in Chinese (here), so please refer to the comparison if you are not clear

wow, My goodness!!! this idea is so genius and epoch-making! ! ! If this idea is really realized, then loot will have unlimited imagination and development space. It also means that everyone who owns an OG loot will have a perpetual motion machine that can generate benefits forever! I think this idea is comparable to Ethereum

use gloves. Think you can extract “love”

I am not sure to understand, is it something like this “word” contract https://opensea.io/collection/word ?

It seems your idea is implemented on ERC20 tokens, how would that work and how would it be used ? I need to makes sense of that

we need a token. i like this idea. lets do it

Think of OG loot as a chicken that lays eggs. The text of the loot will produce new letters and words every day, and you can sell the eggs or assemble them yourself into something new, anything you want!！This will bring unlimited imagination…

Ok I get it, but how would you create some items from those words and letters ? What would be the process ?

This is also a great idea!

really great idea! do it！

dom’s response to lootverse’s proposal in the discord is:
that’s actually a pretty interesting idea
[21:35]
i’ve never seen a composable ERC20 like that
[21:37]
the main advantage would be the fungibility (ironically). on the other hand managing hundreds of tokens potentially and trying to setApproval() for all of them could be a lot. in some ways it’s what ERC1155 is trying to solve? but 1155’s don’t plug into the dex’s and all that stuff that i assume is motivation here
[21:38]
The challenges against the huge number of token varieties may come from two aspects: 1. the high gas cost of deploying token contracts (roughly 1eth) which is a huge cost (especially for self-organized communities); 2. the large number of factory contracts required to perform setApproval.
For gas, now there is a new idea: develop a CreateToken function in the staking contract to achieve: a. deploy the token contract; b. add uniswap pool, e.g. 1DAI-100000MTW_GOLD (regardless of whether there is already a loot staking); if someone thinks MTW_GOLD has investment value, it can spend gas to call, and can be the first time to buy at a low price, for example, with 1000DAI can buy 99900, the average price is about 0.01DAI/MTW_GOLD, then the market price becomes 10DAI/MTW_GOLD, the future will be rewarded as the price rises, completely determined by the market, this can also solve loot the question of which words should be created first in the loot.
But no good idea about setApproval yet, if you have a good idea, please feel free to tell me

i love it～ hope you continue to move this project forward

Great Idea!!! It can be fully used by the community and can increase the value of Loot permanently !!! not separated like AGLD

In planning for the lootverse based on a self-organizing exploration with zero money, zero talent, and zero resources. Should be ready for release in a few days.
The core of the lootverse is not to do it, but how to do it

Great! Do it!
just suggestion: What is the place of loot in the lootverse? Probably the most important thing. Of course, loot is player in the lootverse. I hope that when designing the contract model, loot can be considered as one of the producers (for example, for a contract that generates magic, every time a magic is generated, it needs “m,a,g,i,c” chars and 3 days working of 3 loot bags with the magician attributes). In addition, the combinability of the basic property contract with other contracts should be considered.

I think this is a kind of mechanisme of pow, time+loot bag’s work, that is where the value is.(like in the realworld, the value comes from people’s labor per unit time). However I am thinking in a prototype in three basis for the lootverse:

Great.
1 I always thought that only OG loot has the qualities of Genesis
2 It is MTC, but less than 30 letters, When dom was designing the loot, it’s amazing that all the words don’t contain “J”
2, how do you think MTW can be used on the human world?
3, Inspired by you, I might think it would be more interesting to use PoT (Proof of Time) here, time is fair to everyone
4, Very much hope you can be a erc20 lootverse contributor